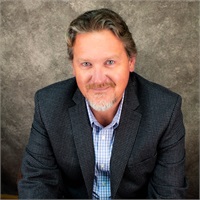 I got into this business very unexpectedly. After spending several years in IT field, in late 2003, I was involved in middle management layoffs. Having no options, I began looking feverishly for a job. A couple of months later my local nationwide agent, which I had insurance with at the time, and I knew fairly well because we were both big hunters and outdoorsman, called me and asked me if I’d be interested in a job. I thought this was odd since I had not even applied for a job with him. I made it very clear that I had no insurance or sales experience, but very thankfully he saw something in me that I did not.

I started as an associate agent for him, and did that for a little over 3 years. In May 2007, the agent that hired me had a very sudden & massive heart attack which took his life. I was managing a satellite office at the time, which Nationwide allowed me to take over as the primary agent.   Since that time my driving force was to validate his decision to hire me. Over the next several years our agency won several company awards, as well as industry awards.

Not soon after I turn 40, I became very devoted to studying success and what success really is. I began listening to a lot of podcasts, reading a lot of books and studying development. Personal development, leadership development, things that would allow me to be a better leader, business owner, entrepreneur, husband and father. Success psychology became a passion. I learned that true success comes with being able to impact somebody and make their life better. What you will find with our agency is that we still care about the client. Our clients are not merely numbers to us, they are family.